A Shoal of Souls 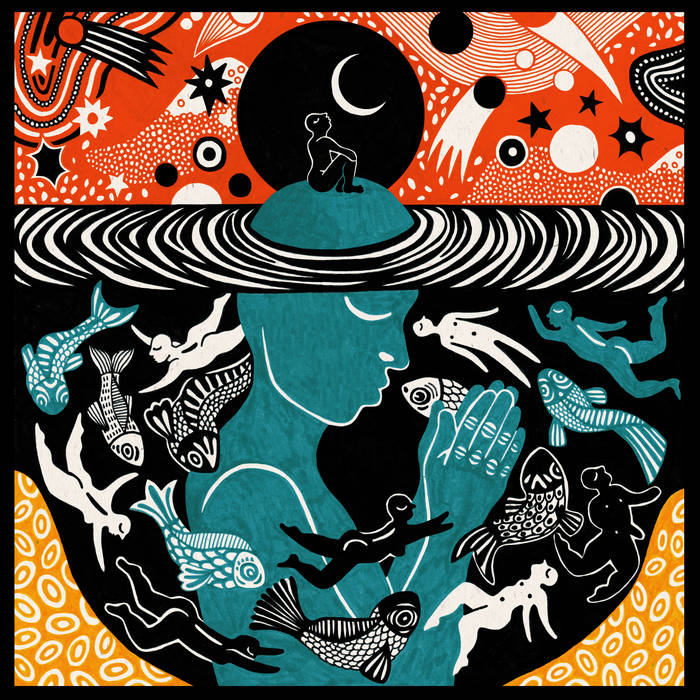 StrangeFlow Yazz Ahmed's music never fails to impress! This song (the title is the same as the 2nd disc of La Saboteuse) fits perfect to the previous album and combines a great song structure with many themes and rhythms with a trippy and high quality sound. I hope there'll come another album soon!

Twistedsoul Ahmed continues pushing her sonic explorations beyond the constraints of genre classifications.

Torsten The final chapter to La Saboteuse is as brilliant as the main album. Floating between the worlds, the soundscape takes you on a journey to a parallel universe where the Arabic, African and Western cultures live in harmony.

IXCHEL are proud to present a super limited single release from the formidable Yazz Ahmed entitled ‘A Shoal of Souls’.

The release marks the final chapter of her 2017 ‘La Saboteuse’ - an explosive album that turned heads worldwide, scooped numerous best of ’17 lists, as well as becoming a heavyweight UN certified UNESCO album of the decade. High praise for an artist on her second full length release.

‘A Shoal of Souls’ cements the formidable relationship that has been established between Yazz and Sophie Bass. Sophie is one of the most exciting illustrators currently operating worldwide; still in her twenties, her enlivening work across the Jazz scene has already sparked comparisons with Reid Miles. She was given free response to create the stunning four panel gatefold artwork for La Saboteuse, before being tasked to remix her own artwork where she captured the electronic rhythm and groove of the Hector Plimmer, DJ Khalab and Blacksea Não Maya reworks for the genre-breaking ‘La Saboteuse Remixed’ EP.

Music is intrinsic to Sophie’s creative process, fuelling her distinctive style that embodies symbolism and social justice. On seeing her music visually “come alive” Yazz was overwhelmingly inspired to create, this feeling best captured in Yazz’s presentation of the movement to Sophie.

“I was inspired to compose this piece - compelled actually - after seeing your amazing, evocative, artwork for Chapter Two. Suddenly seeing my inner destroyer, La Saboteuse, given physical form as a living breathing entity made me gasp - a real jaw dropping moment.

The way that you transposed psychological concepts into a physical image - my anti-muse literally dragging the victim into the depths… it really helped cement the whole idea - seeing how dangerous and evil she can be.

I was already thinking about the migrants who perished at sea when I named the chapter The Shoal of Souls, and this new composition is dedicated to all the people who have lost their lives crossing the sea in search of a better future.

I hope the music conveys the strength and power of the human spirit, the bravery to risk everything for their families, the anger I feel at the response of the West, a lack of empathy, a lack of compassion. They are not a swarm, they are us - humans.

The music is also inspired by Sufism, the idea of whirling and turning, falling into a trance, a dream. I see a mirror with the whirling turning ocean, a whirlpool of lost souls, of untold stories, talents and lives unfulfilled: joining together in the eternal dance and rhythm of a vast shoal of fish which seems to beat like a heart.”

Presented with the intertwining of two mammoth creatives we were compelled to create something truly special….

The record comes heavyweight, as a limited collectors edition worthy of the discogs-breaking prices La Saboteuse is currently fetching. Cementing the collaboration, Yazz’s special composition 'A Shoal of Souls' forms A side while on the B is Sophie’s artwork; a whirlpool of fish and souls spinning backwards into the ocean when played, embodying the voice of the music.

Copies 1 - 50 come numbered and include a limited edition print of the cover art signed by Yazz. The release also marks the first time a Yazz Ahmed test pressing has ever been available to buy.

Move fast to grab a little piece of Jazz history.