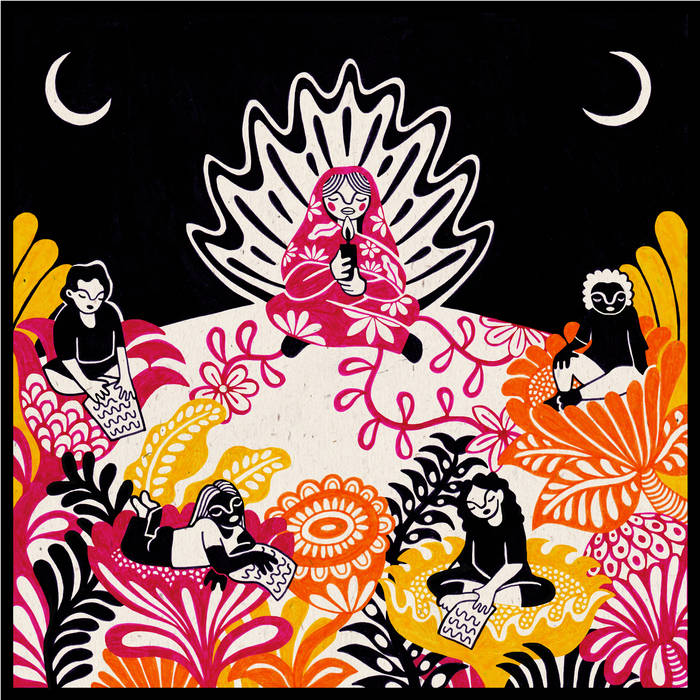 freejazzy Every now and then musical approach and style seem to add something valuable - Thanks Favorite track: Lahan al-Mansour.

Robert Bloemkolk Stunning. Best new jazz record I've heard in years. And I listen to a lot of jazz. If you like MUSIC, pick it up. Favorite track: Deeds Not Words.
more...

“This album is a celebration of female courage, determination and creativity. In 2015, the Tomorrow’s Warriors commissioned me to write an extended work, to be performed by members of their Nu Civilisation Orchestra, for a concert at the Women of the World Festival, in London’s Southbank Centre, on International Women’s Day.

Whilst gathering ideas for my composition, I came across the character of Polyhymnia, the ancient Greek Muse of music, poetry and dance: a Goddess for the arts. Perhaps inspired by her, I conceived the form of a suite of movements, each dedicated to women of outstanding qualities, role models, with whom I felt a strong connection. Whereas La Saboteuse, the embodiment of my inner-destroyer and the catalyst for the creation of my last album, could be viewed as my anti-muse, maybe Polyhymnia herself became my Muse, inspiring an intense period of creativity, which resulted in the six pieces on this album.

Since its conception, composed and arranged over the six weeks leading up to the first rehearsal for the premiere, the music has evolved and expanded. During the recording process I began incorporating new elements and drawing on a wider pool of artists, including members of my own Hafla band, alongside some of my favourite musicians working on the London scene.

By sharing my musical response to the stories and achievements of these exceptional women, and celebrating the creativity and talents of my co-contributors, I hope to inspire others, in the words of Malala, “to be brave, to embrace the strength within themselves and realise their full potential” - Yazz Ahmed

Yazz Ahmed is a British-Bahraini trumpet player and composer. Through her music, she seeks to blur the lines between jazz, Arabic folk and electronic sound design, bringing together the sounds of her mixed heritage in what has been described as ‘psychedelic Arabic jazz, intoxicating and compelling’.

Already established at the centre of London’s dynamic new jazz scene, her second album, La Saboteuse, made a global impact. It clocked up multiple rave reviews, making many cross-genre ‘best of 2017’ lists around the world, including Jazz Album of the Year in the Wire Magazine. It has recently been recognised as one of the albums of the decade:

“for sheer, unconquered beauty, there are few albums of any genre that reach these heady heights. Ahmed, in diving deep within herself, comes back up for air with a mysterious, wondrous artefact humming in her hands.” the2010s.net

Recorded by Nick Pugh at Session Corner, Luton, in August and November 2016
Samuel's guitars were recorded in Copenhagen by Katrine Amsler at Valby Station and by August Wanngren at Virkeligheden Studio, 2019
Ralph, George and Naadia were recorded by Marco Pasquariello at Snap Studios, London, January 2019
Additional recording, overdubbing and editing at Tatami Studios by Noel Langley during 2017 - 2019

Featuring Gary Bartz, 5 years of Rhythm Section Intl and an LP of the week by Nicolas Jaar